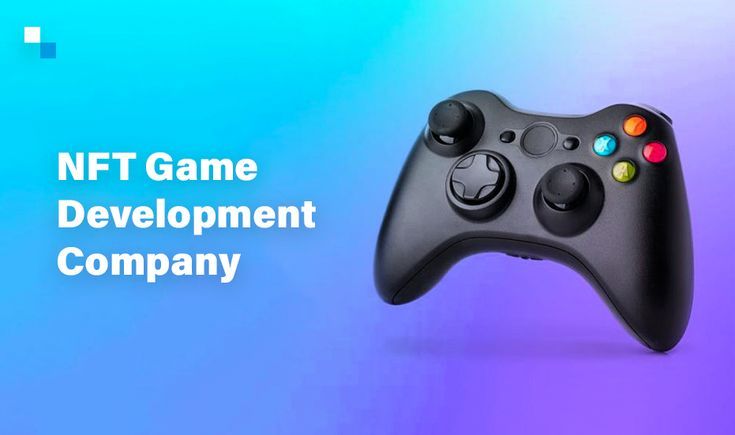 The method of generating Non-fungible Tokens are the same as that used for cryptocurrencies. They are formed by blockchain technology. They are not exchangeable or tradable in the same way as other cryptographic assets

The gaming sector has transformed thanks to NFTs, which are now among the class with the fastest annual growth. It is a special type of data that is saved using blockchain technology and can be anything, such as a work of art, a piece of music, a film, or a virtual object. Then, NFTs can be bought, sold, or held in a multi-accessible digital wallet or on digital markets.

A heated argument about the future of NFT game development has broken out among the cryptocurrency and gaming communities in the realm of Game-fi, NFT games have become increasingly popular as a source of money.

It is known that the use of non-fungible tokens is revolutionizing the gaming industry. This offers a variety of advantages to both businesspeople launching the NFT gaming platform and gamers who can play games and generate significant revenue. For instance, Axie Infinity, Decentraland, Gods Unchained, Dungeonswap, and Zed Run are some of the well-known Play2Earn NFT platforms now available.

How do NFT games operate?

Despite keeping cryptocurrency collectibles in your wallet, NFT games provide additional options. NFTs will be used in an NFT game's features, regulations, and player interactions. A game might, for instance, depict your avatar or character as an NFT. The NFTs can also be found in digital goods that you find while playing the game. Then, you can exchange or profitably trade your NFTs with other gamers.

What Players Get from NFT Game development

Here are a few of the fascinating NFT game development trends that are revolutionizing the gaming industry:

Games with a play-to-earn model

This type of play-to-earn gaming format is quite popular with players since it allows them to earn bonuses. They trade with other players using these rewards, or they can use them to buy in-game stuff.

With the use of blockchain game development technology, the earning of bonuses is transparent and safe, and the player base is growing. With P2E models, players can earn real money from playing games like Axie Infinity, Blankos Block Party, Sandbox, and others.

The rarity of an NFT affects how valuable it is. Blockchain encourages transparency in online transactions and highlights NFT's scarcity, both of which increase the currency's value.

Blending the Real and Virtual Worlds in NFT Games

NFT metaverse games assist in blending the real and virtual worlds intelligently in this new era of blockchain technology.  NFT games let you carry out real-world acts virtually instead of asking you to carry out actions that may or may not be achievable in the actual world or

All of this is made possible by the metaverse, where you may legitimately host a concert and participate in an online event just like you would in the real world.

The decentralization that the smart contract offers eliminates the need for middlemen and prevents cyberattacks and hacker activities.

When NFTs entered the gaming market, the game development industry was a little taken aback. Considering the advantages and disadvantages of NFT games, many gamers are still evaluating how crypto technology and gaming may work together as a whole.

NFT games are seen as the future of the industry by experts in game creation like Square Enix and Zynga, and many players are already getting benefits from this innovation. What therefore makes NFT games so unique that so many players and gaming businesses believe this idea has a bright future?

Many highly skilled programmers and developers are attracted to the NFT game creation process. It combines the gaming and NFT technologies

What Advantages Do NFT Games Offer?

While some players search for negative aspects of NFT games, others profit from them and increase their business potential. Even a lack of NFT experience can be a roadblock to success because it is possible to hire a seasoned company to construct an NFT gaming platform. Some benefits are beneficial to both game owners and devoted players are:

NFT gaming is expanding quickly and is a great area for investment. Thus, beginning the creation of an NFT game gives you a fantastic opportunity to get venture capital to finance your business without using any of your own money.

People are accustomed to playing traditional games, therefore there is already a gap between those that come from well-known game development businesses and those that are less well-known. This means that it's more difficult for small independent studios and average gaming firms to attract a large audience to their games.

NFT players, on the other hand, are continually hunting for new goods that provide them more chances to invest and earn money. NFT games have a great deal of promise for increasing the transaction per second (TPS) rate and achieving new business scales as a result.

Every day, millions of financial transactions are made online, a majority of which include large-scale investments and cryptocurrency purchases. Therefore, it is essential to adopt peer-to-peer technology to secure trading agreements from cyberattacks and to maintain unconquerable NFT ownership rights.

Due to the comprehensive security mechanism provided by a blockchain, owners of NFT and cryptocurrencies need not worry about the security of their transactions. In NFTs, data is exchanged in blocks of chains, each with a distinct key. A block that was attacked and the entire transaction gets invalid if there is any intervention in the chain. Therefore, cybercriminals have nowhere to hide

NFT Game Development and Metaverse are Changing the Industries

Gamers, industry players, and programmers are getting advantages from NFT development. the video games created using this technology are more captivating, and immersive, and provide a superior gaming experience. Users can interact genuinely with each other and with digital objects in the virtual world known as Metaverse. In the metaverse, you may even purchase fancy goods and virtual homes for your avatar. Merging of these two technologies   has a great effect on the gaming industry

NFTs can also be used to represent, in-game, virtual goods and items that can be bought, sold, or exchanged. Both players and game creators now have access to an entirely new market. For instance, a virtual car can be purchased and then resold for profit in the real world.

A new kind of economy based on virtual assets might emerge if more players and game creators begin utilizing NFTs in their creations.

it is assumed that liquidity between games can be created by extending the mechanics in existing games. Video game businesses choose to create games by using NFT as a component of their game, but they also choose to merge NFT and blockchain into their existing portfolios since NFT and blockchain technology can help their current titles and the future of gaming.

All network effects are achievable if two games have the same blockchain and can easily connect the exchange of digital assets and data, as well as increased collaboration, which is made possible through interoperability between blockchains.

·         The first and most evident flaw in NFT game development is the poor design and playability of NFT games. Most of those show resemblance to browser games as they are frequently created by common NFT users rather than well-known game designers. As a result, such attempts shouldn't be expected to lead to discoveries in the gameplay or the storyline

·         Most current NFT games employ the Ethereum blockchain which is slow and expensive for transactions. Both in-game activities and the buying and selling of unique items outside of games are significantly impacted by this. There are alternatives, of course, but they are currently few and far between.

A popular criticism of NFT gaming is that it might all be a big bubble. Players may give up the game and sell their virtual goods if NFT becomes unprofitable. Some gamers even hire someone to play with their NFTs. The winnings are split after realizing the new potential presented by NFTs.

The future of NFT development is bright. Finally, the creation of NFT games is an intriguing field. There is a lot of possibility for growth because it is still in its development. Future benefits can be enjoyed by developers who can enter this market early. The sector already generates billions of dollars annually, and it will continue to expand.

Android VS iOS App Development in 2023

what are the core benefits of custom mobile app development

A Detailed guide on mobile app development Services in 2023